Seneca Village was founded in 1825 when two African American men, Andrew Williams and Epiphany Davis, and the African Methodist Episcopal Zion Church purchased plots of land near 86th Street, between 7th and 8th Avenues, or what we know today as the Great Lawn and Central Park West.

This African American community grew quickly as Black men and women hailing from NYC, the Northeast, the South, and as far as Haiti purchased and rented land nearby. In this area a few miles from NYC’s crowded, polluted, and racist downtown, they built houses and dreams for their families. Beginning in the 1840s, European immigrants, mostly Irish men and women fleeing poverty and oppression in their homeland, also joined the community. By 1855, the thriving village spanned several city blocks (Figure 1) and consisted of more than 220 residents, dozens of houses, several stables and barns, planted fields, a school, and three churches and their cemeteries (the African Union Methodist Church and the All Angels Episcopal Church, in addition to AME Zion).

Only two years later, however, the village was gone. The City used eminent domain to seize a swath of land extending from 59th to 106th Streets, between 5th and 8th Avenues, to build a grand public park. Bolstered by newspaper articles smearing the residents of these “pre-park” lands, the city evicted them in 1857, including the residents of Seneca Village. The community did not re-form elsewhere. Central Park construction crews then demolished and buried all remaining above-ground traces of the village, erasing it from public memory and official city histories for nearly 150 years. 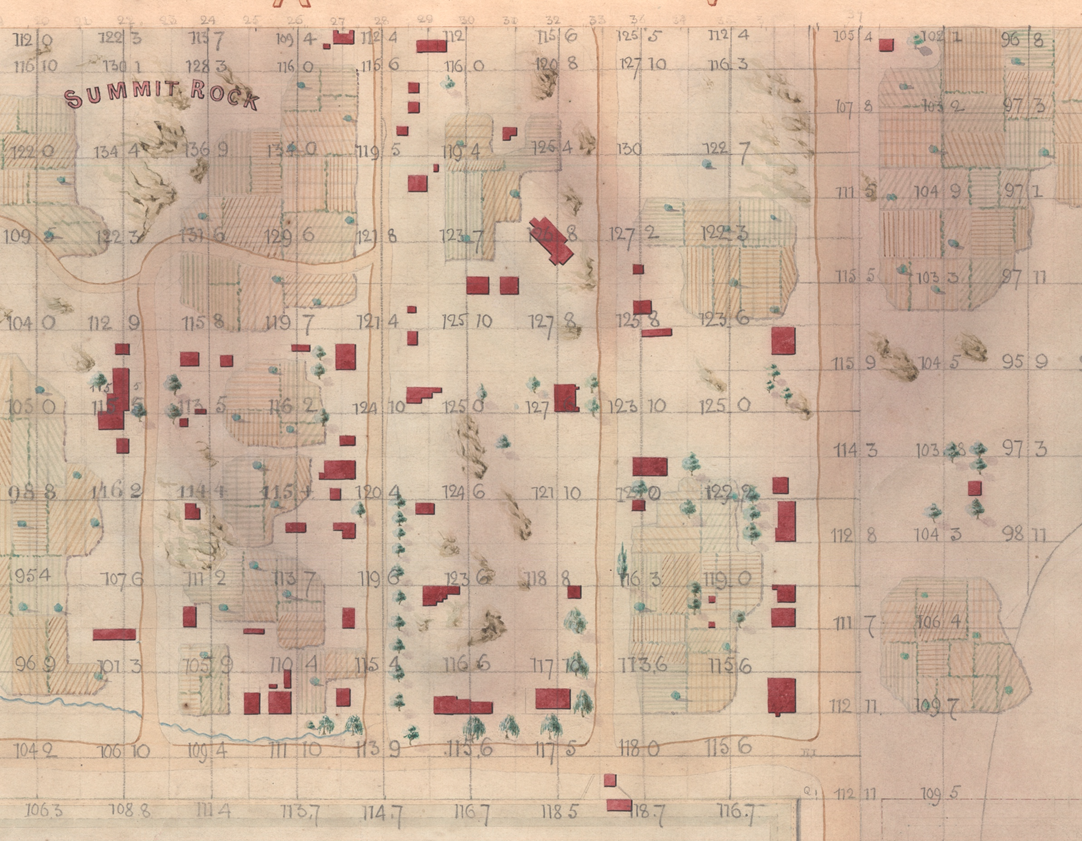 Over the past thirty years, many scholars, students, and interested New Yorkers have worked to figuratively and literally unearth the history of Seneca Village and the experiences of its residents from archives and artifacts. This year’s BGC Teen Thinkers, twenty-four amazing NYC high school students, built upon that research and created this digital exhibition to share their discoveries with you.

Each Teen Thinker investigated one, usually fragmentary, artifact found during the 2011 archaeological excavation of a small part of the village. Each student first identified what their object was and researched how it was generally acquired, used, and understood in 19th-century NYC. Next, they considered these same questions in the specific context of Seneca Village, delving into equally fragmentary historical documents and maps and gleaning insights from the larger assemblage of artifacts archaeologists recovered from the site. Finally, the teens worked in groups of four to bring together their individual object research around a shared theme and illuminate an aspect of village life.

The Work, Kitchen and Table, and Care of the Body groups investigated objects unearthed from the buried ruins of a house owned by William Godfrey Wilson, a porter and sexton of All Angels’ Church, his wife Charlotte Morris Wilson, and their eight children.

The Recreation, Tea, and Presentation of the Self groups researched artifacts uncovered from the buried village ground surface, where there had been a yard between a house rented by the newlywed couple William and Matilda Phillips and another house owned by the Websters, a blended family composed of George Webster, his wife Eliza, their young son, and Eliza’s four children from a previous marriage.

Click on one of the themes below to explore the Teen Thinkers’ discoveries and to learn more about Seneca Village.

Care of the Body

Presentation of the Self